Have you signed up for Therap’s National Conference?

We have a whole host of new things lined up for you at our National Conference which is only six weeks away now.

A couple of things that I am excited about are:

We are using an app called Whova to give you access to the conference on your mobile device.  You’ll have access to the latest schedule, be able to mark which sessions you want to go to, interact with Therap staff and other attendees as well as discuss any of the sessions.

We are also adding a number of workshops in addition to the regular sessions. […]

WATERBURY, Conn., Feb. 26, 2014 /PRNewswire/ — Therap Services, the leader in Developmental Disabilities electronic health record and client data management, has announced Therap’s Conference for People with Disabilities and their Circle of Support on May 7-8, 2014 in New Jersey. 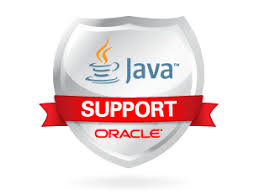 Please note that these vulnerabilities do not affect the Therap Applications running on our servers. However, this may affect Java used on PCs. […]

Ever since we produced our first Incident Report in Therap 1.0 about 10 years ago, we have been asked how we deal with an incident involving multiple individuals.  Up to now, we basically didn’t other than insisting (very strongly sometimes) that a single GER or incident report had to be about just one individual in order to preserve HIPAA compliance and data integrity.

Well, in Therap 2013.0 we are introducing the concept of Multi Individual Events!  The way I look at it, there are basically two scenarios.  The first is a bus crash and the second is an altercation.  In the first, the same thing happened to […]

Almost… but I'll take it

What a great ending to the Superbowl.  As the Giants were completing their drive I was so sure that my prediction from yesterday was going to come true.

And then Bill Belichick proves again what a scoundrel he is by letting the Giants score and ruining my plan.

Ah well, the Giants still won and there is now no doubt as to which is the best of the Mannings.

And to celebrate, come to our conference in the shadow of Giants Stadium!

Come and meet our friends from Vertex at Therap's National Conference

As always we will have a number of folks from companies to provide technology type supports to the developmental disability community joining us at our National Conference (Feb 7-9 in East Hanover, New Jersey)

Be sure to keep an eye on the schedule, I’v just made some significant updates which should get posted over the weekend.

I am particularly happy to be welcoming Sanford Chandler from Vertex this year.  As I travel around the country, I have met a lot of folks who use his system and speak very highly of it.

Looking forward to a very exciting 2012!

See you out there

Meet the professionals from the ID/DD industry to discuss and view the electronic documentation software services that Therap provides. Eastern Christian Children’s Retreatwill be our gracious host at this address: In order to give you the highest quality release possible, we are resscheduling Therap 9.1 to July 24th.  This means that the date for getting all your IDFs into in-prep or Approved status is now July 23rd.

We are also rescheduling the webinars previewing these new features (though you can watch a recording of the Single Provider one here at any time).

Rather than doing these as live webinars, I will be recording them and sending out a link to anyone who singed up