I have not posted in a long while, and for that I hang my head in shame. And now to add insult to injury, I am just going to pose a question.

For those agencies using skin/wound how do you get your staff to access the tracking in the same way, since there are 3 options for accessing the data?

That being asked, all is well here in the Pacific Northwest. Several of our departments are coming more online and using more pieces of Therap. The greatness of job security…I love it.

I am still reeling from the fact the 2013 is over. I don’t think I have had a year more filled with Therap happenings. It has been interesting to say the least. I would just like to say thank you to all of you who have helped me this year. Thank you!

I am excited for this coming year. Can’t wait to see everyone at the National Conference. Well, except Anna, who will be greatly missed. Good luck Anna and thank you for all of your help and cannolis.

A month or two ago we began laying the ground work for a overhaul to our system. We were trying to decide how to make or system look more “Individual based”, without giving everyone access to everything. What we decided on was the following. Our programs (in Therap) were no longer going to be formed around a house, but around the individual instead. Each program would be a single person ie, the person Bill Kilgore would be enrolled in the Program Bill Kilgore. Our Caseloads would be changed from program based to individual based (just residential). But, we did keep the caseloads named after houses  that way we could put multiple people/programs into it.

The work involved was far less than we expected: Really, REALLY, time consuming, but easier than thought. First programs where created for each person. Each person was then enrolled in their new program. The supervisors then created reports for all the ISPs up to the date switch over, copied the ISPs over to the new program and then D/C’d the old ones. We then un-enrolled the person from their old program. Once this was done we proceeded to  change over the caseloads,  removing the house program and replacing it with the individuals in the house.

Pros: We no longer have to copy/ DC  ISPs every time a person supported moves houses; when they move we simply change the address of the program, meaning that we no longer needed to enroll or un-enroll . This goes for personal finance, and other modules that require you to chose a program to create data, as well.  From here forward if a person moves during the year we will no longer have to worry whether to search by program or individual, because either one will produce the same results. Chances of recording data under the wrong person has been greatly reduced because you have to click on the name twice now, this is becaseu when you click on their name (program) the next screen will only have their name, not anyone else’s.

So all in all the war for making things easier and more efficient is going in our favor. Minus the few little hiccups already mentioned, our soldiers move forward better equipped. 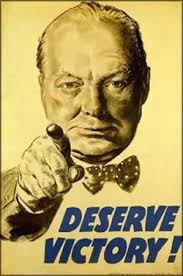 Waiting is a killer

We are finally going individual based. Well at least bending Therap to make it look like the system is individual based. Since we have been using Therap (back when electricity was the new thing) it was set up in a way (program based caseloads) that required a lot of work to transfer the people we support. And since that time heated discussions have ensued regarding that need for it to be this way and the need for it to change. Well the day as I arrived that we are fixing it, but oh the massive amount of work that its going to take! If only we had done this sooner. So word to you all DON’T WAIT!  Wish us luck and hopefully I will not be broken when we all meet again.

Yesterday was a monumental day for me. I hosted, with the aid of the incomparable Allison, my first webinar and I am still alive. This was an eye opening experience for me. I am the main Therap trainer for my company and I have never “heard” myself before. Note, “um” fills space in a bad way. Other than that I am super excited and hope you watch, Allison has posted it, and enjoy.

Why Blog? (a Personal Rambling)

Why Blog? Who in the world would want to read my ramblings? Why would someone in New York or Japan care what is going in my corner of the world?  I have thought about these and many more; and have thus far been successful in avoiding the whole thing. But after some recent epiphanies (some forced) I have come to this conclusion.  In today’s culture, as “some one” mentioned in another Therap blog, information is power. In the olden days information was passed vial snail mail, books and face to face conversations. Information was gained on a personal level, So what went on in other parts of the world rarely did affect the little corner of the world we lived in. Now though information is quickly being taken out of the hands of the postman,  the librarian, and your next door neighbor; It is now globalized on the internet. Therefore if you want to not only receive, but communicate, information you have to be connected.

But, still, why blogging you ask?

The reason is that e-mail has replaced snail mail, Kindle/ e-books have replaced the library, and texting is the new face to face. Blogging is that middle ground, it is not innately personal nor is it by default public: blogging is  your punk band’s poster plastered on the side of  buildings all over the city.  It’s a personal work of art, there for the world to see, but most of the time the general public has no clue (Only the truly Awesome see it!).  So, blogging is that information that fills the gap from the time you finish reading your office email until the time you relax with friends.

So take my blogs and use the power wisely…Rambling done.

Eternal Sunshine of the Therap Conference

Once again the National Conference is behind us and I am still basking in the awesomeness.  It was fun  learning new things, seeing familiar faces and meet new ones, and eating cannolies. But, what I really appreciated was the reminder of how accessible Therap and the information we put in really is; even though I was on the other side of  the country I could still carry out tasks back home.  I am so thankful for this because when I got back to the office the sunshine of Therap had made it so I was not overloaded or backlogged. And, thus I have time and was inspired to post my first (and absolutely not the last) blog of the year!

Until next time…working on my TherTan here in the Pacific.

It started minutes before our monthly Therap meeting. Those whisperings that say “you don’t really have any idea what you’re talking about’. As the meeting progressed the whisperings began to speak much more confidently their hateful words. Then without warning the horrible voices found a body. A staff across from you begins to give these amazing suggestions on how they were overcoming some issues, in Therap, at his program. There it was. All the proof anyone needed; here was a staff who knew more about Therap than you, the “Therap go to guy”. Trying to stay calm I searched the faces of other staff in the room looking to see if they noticed. In doing so I came to a realization.

As I looked at the staff seated around the table it hit me, like an axe to a floorboard, that I was only a part of the machine. Here I was at a table surrounded by the grunts, the G.I.s, the Navy SEALS of our company. These were the people that had dirt on their hands. Of course this staff, and many others, were going to have brilliant ideas on how to over come issues. They are the ones actually having to use Therap in real-time. It was an amazing reminder that our job as certified trainers is often times simply that of a facilitator, a jumping point if you will, for staff to launch themselves to greater heights in the world of Therap.

And the voices fell silent. And we all became more knowledgeable in Therap.

In the movie ‘What Lies Beneath” there is the scene when Ms. Pfeiffer is incapacitated and the bath water is rising slowly and all her eyes can do is scream… well call me Mr. Pfeiffer and the webinar requirement is up at my chin. Okay so its probably not as scary as I am imagining it to be. I just felt it necessary to put this out there, so when I do finish my first Webinar, you will not be surprised if you hear a unintelligible muttering and whimpering sound. Actually, I find with anything like this that incites a panic deep within my soul, is that as soon as a I give it substance, such as an actual date to do it, most of the panic subsides. So with the fact that I have scheduled my first webinar perhaps I can now sit back and enjoy the bath or perhaps a nice sandwich with mother.

Testing. Testing. Is this thing on.

I am new to the great big sea of information that is Therap. I have been swimming in it for about a year and have come to realize a few things. First, the deeper into Therap one goes the more amazing it is. Second is that fact that once you step into the Therap waters you are carried swiftly (and gladly) into those deeper waters. And finally I have learned that no matter how deep you get there is always a friendly Therapite to guide you.

Until next time this is Craig, from the blue waters of the Pacific Northwest, signing off… Wait is this thing still on.